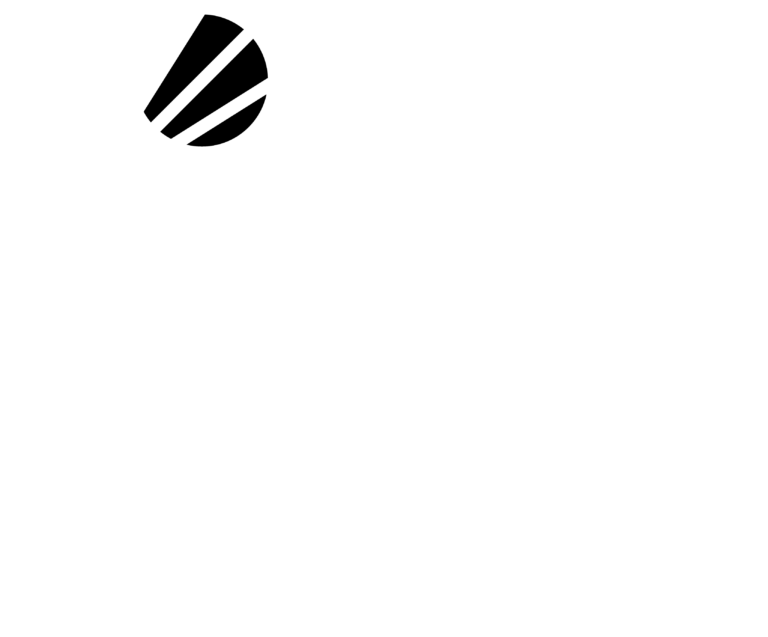 ESL and RENNSPORT have teamed up and proudly present ESL R1 – Racing Released. ESL R1 is the home for heroes. We are racers at heart and gamers in mind. Passionate. Competitive. And proud of our virtual racing heritage.

ESL R1 is fusing racing culture into the digital age to give you a  virtual racing experience unlike anything you have seen before. With the community as a top priority, ESL R1 allows you to impact it all. Let’s race.

ULTRA
REALISTIC RACING – ACCESSIBLE TO ANYONE

For Racers. From Racers.

We bridge the gap to professional virtual racing esports. RENNSPORT brings all stakeholders together under the ESL R1 umbrella – and everything you have seen is also accessible in the sim. The sport you love can be experienced under the same circumstances as the pros.

We want to inspire with a bold combination of driving physics developed and validated by experts within the automotive industry and custom Unreal Engine 5 graphics. Tested and experienced up close in ESL R1! Through feedback from the teams and drivers, we can improve RENNSPORT constantly and give you the best virtual racing experience at home.

It’s our obsession to create the perfect racing game with you. In the next step RENNSPORT will become accessible to you all the racers out there. Your time has come! Show the world that you have what it takes to become a pro sim racer at one day.

Be among the first ones to play RENNSPORT!

You like what you see in ESL R1? You can’t wait to put the vehicles and tracks through their paces? You want to become a Beta tester? Sign up for our Closed Beta Waitlist here and create the future of virtual racing together with us!

BUCKLE UP: CLOSED BETA PHASE IS ABOUT TO KICK OFF!

Tournament structure: Into the adrenaline zone

The 2023 calendar consists of two seasons, each culminating with a live, final event and a total prize pool of €500,000. The spring season will kick off the ESL R1 2023 Spring Season with a bang at the free-to-enter IEM Expo, a part of Intel® Extreme Masters (IEM) Katowice, on February 10-12 2023. In this first season of ESL R1, 8 partner teams and 4 wild card teams will participate.

These 48 drivers (four drivers per team) will compete against each other in eight rounds per regular season. Each round consists of a total of 7 races: 4 quarterfinals, 2 semifinals and a final. Each race is also preceded by a qualifying session to determine the starting order of each driver. After the launch at the IEM Expo in Katowice, the rounds will be held online on Fridays and Mondays.

Each season, the 24 top-ranked drivers will advance to the ESL R1 Major where they will face off to decide who will become the ESL R1 Champion.

TOP 24 Driver WIll Advance for Major 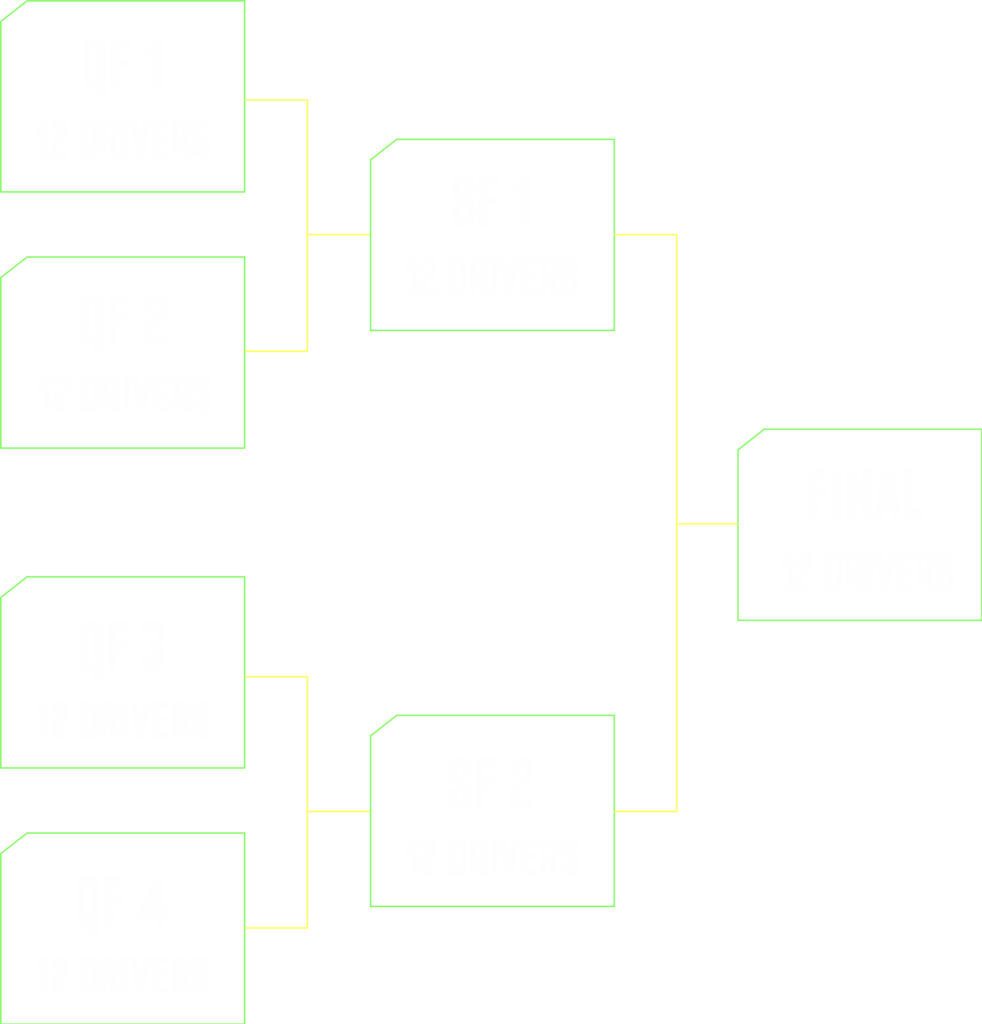 RENNSPORT is a new virtual racing platform that makes ultra-realistic racing accessible to anyone. It´s our obsession to create the perfect racing game. It will be ready for ultra-realistic virtual racing but also fun to drive. Throughout the journey automotive and game development experts join forces to create a virtual racing hub for all motorsports enthusiasts. We want to inspire with a bold combination of driving physics developed and validated by experts within the automotive industry and combined with custom Unreal Engine 5 graphics. 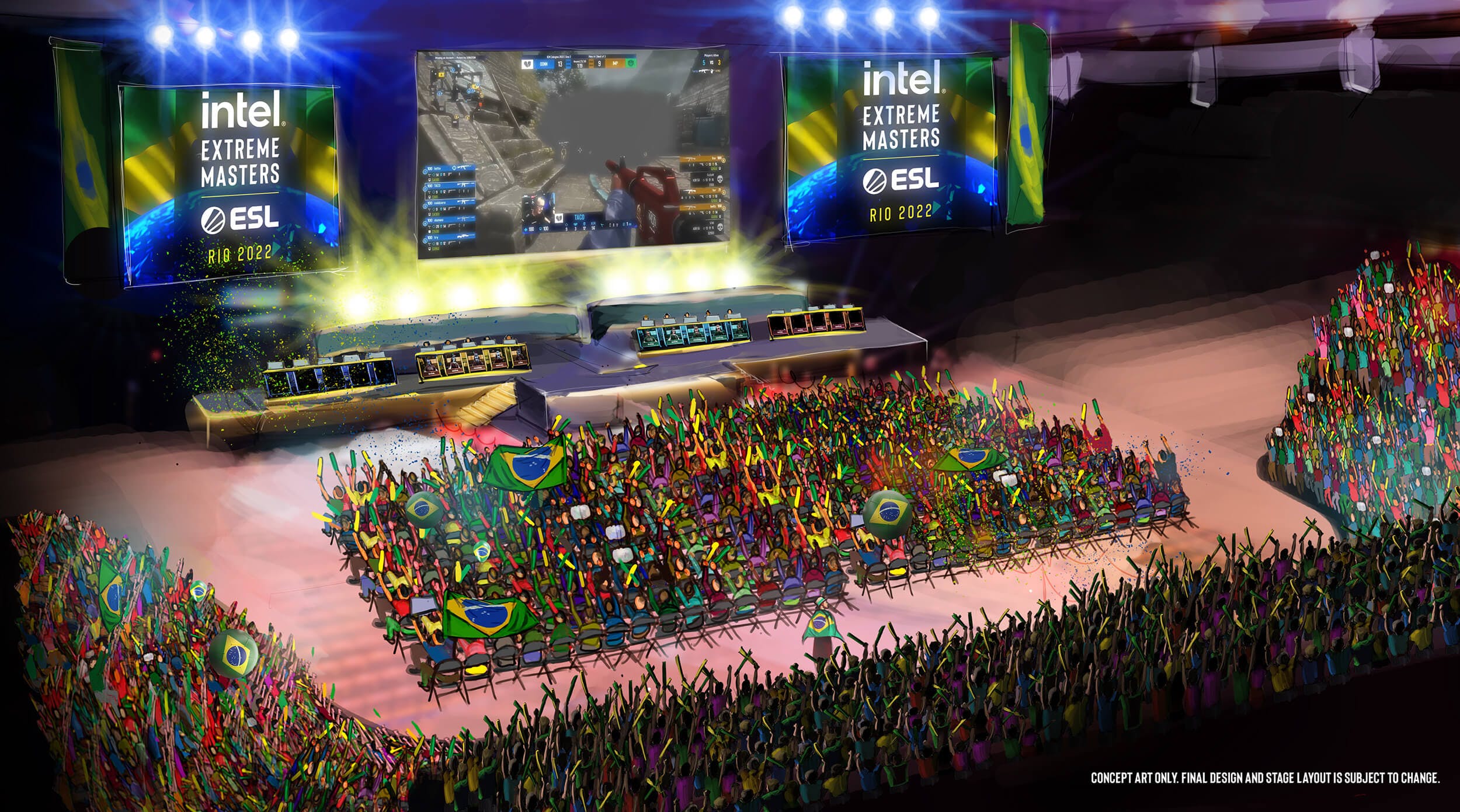 IEM Rio 2022 will play out both the Challengers and the Legends Stage in front of a crowd, live at Riocentro Hall 6.
Tickets for Riocentro are sold out! 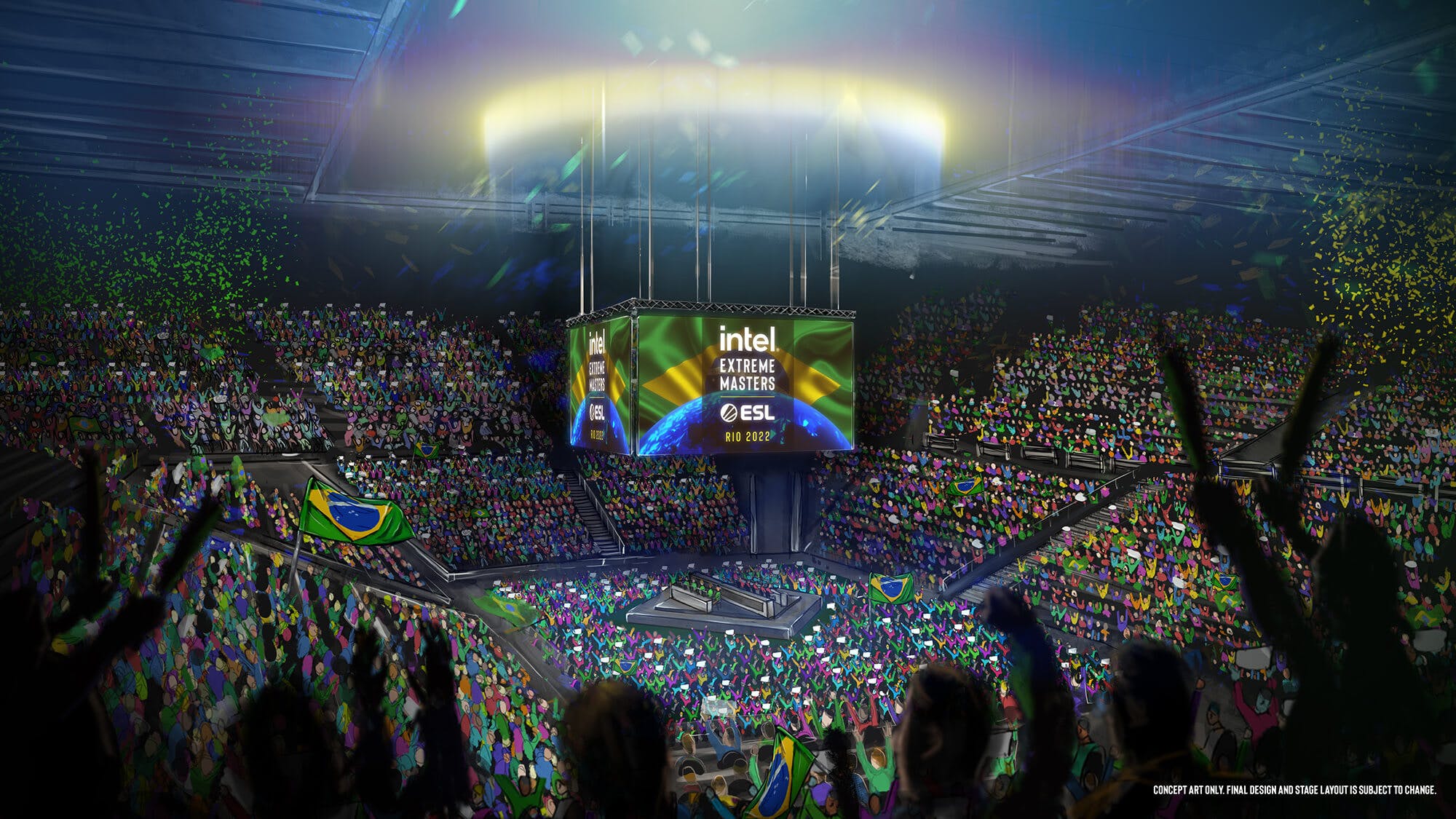 More seats, more fans! We are almost doubling the number of fans for the Champions Stage at Jeunesse Arena by opting for a 360° center stage for the very first time at an IEM event.
Tickets for Riocentro are sold out!

* Parking not available at venue 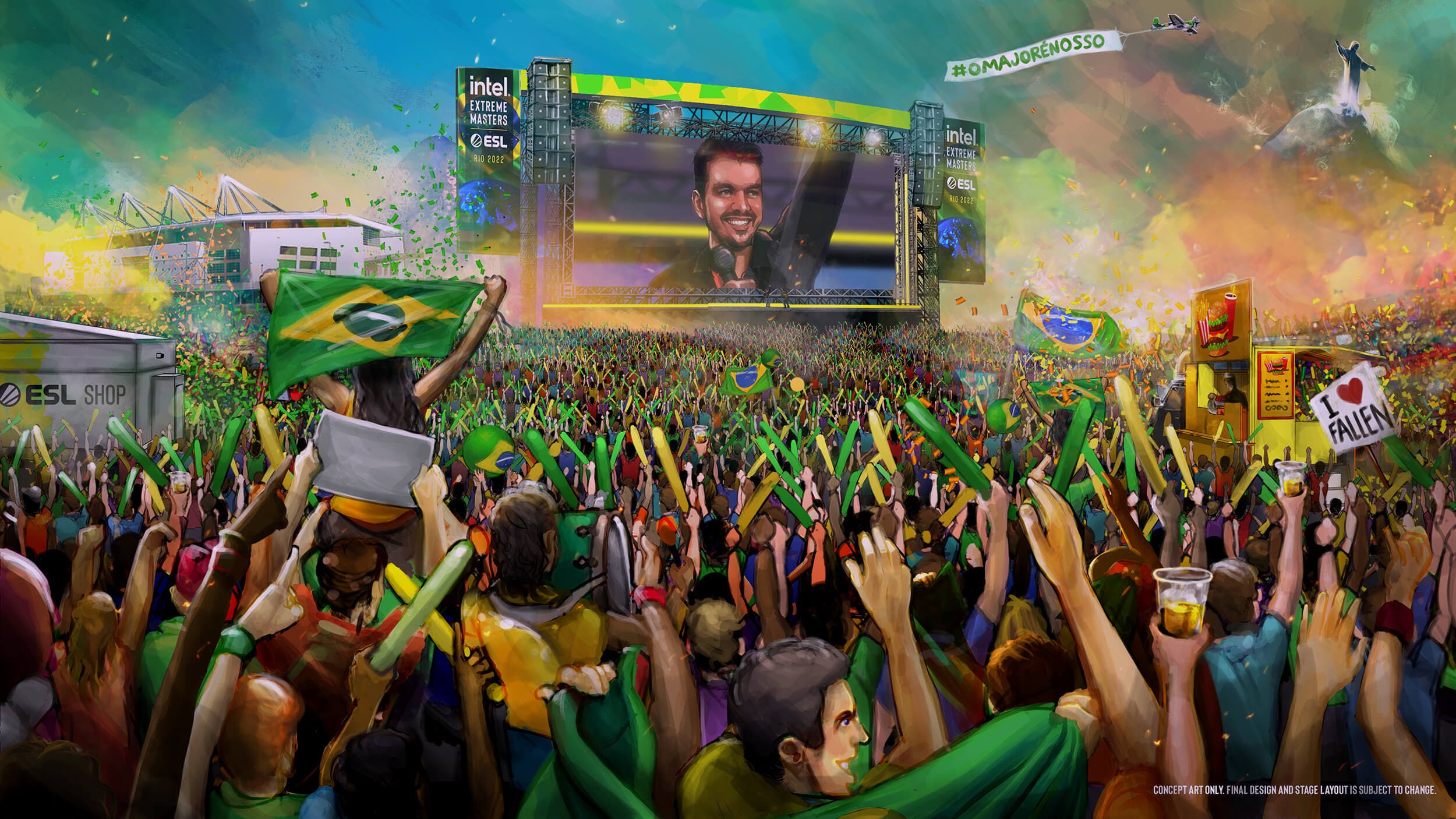 During the Champions Stage we will host a massive  Fan Fest outside Jeunesse Arena to accommodate more fans at the Major. There’s so much to explore! Gaules hosting the matches on the big stage, with partner booths, an ESL merch shop, team areas where can meet players, and creators, and potentially get your favorite item signed, and so much more!
Limited tickets available!

* Parking not available at venue

If you bought a ticket for the 2020 event and decided to keep it instead of refunding it, your ticket is automatically still valid for the same days and categories of the tournament.
Jeunesse Arena –  Dates of IEM Rio 2022 (November 10-13).

Commentary in the arenas and outside will be in brasilian portuguese.

Please note that the minimum age to attend this event is 12+.

Challengers & Legends with a Crowd 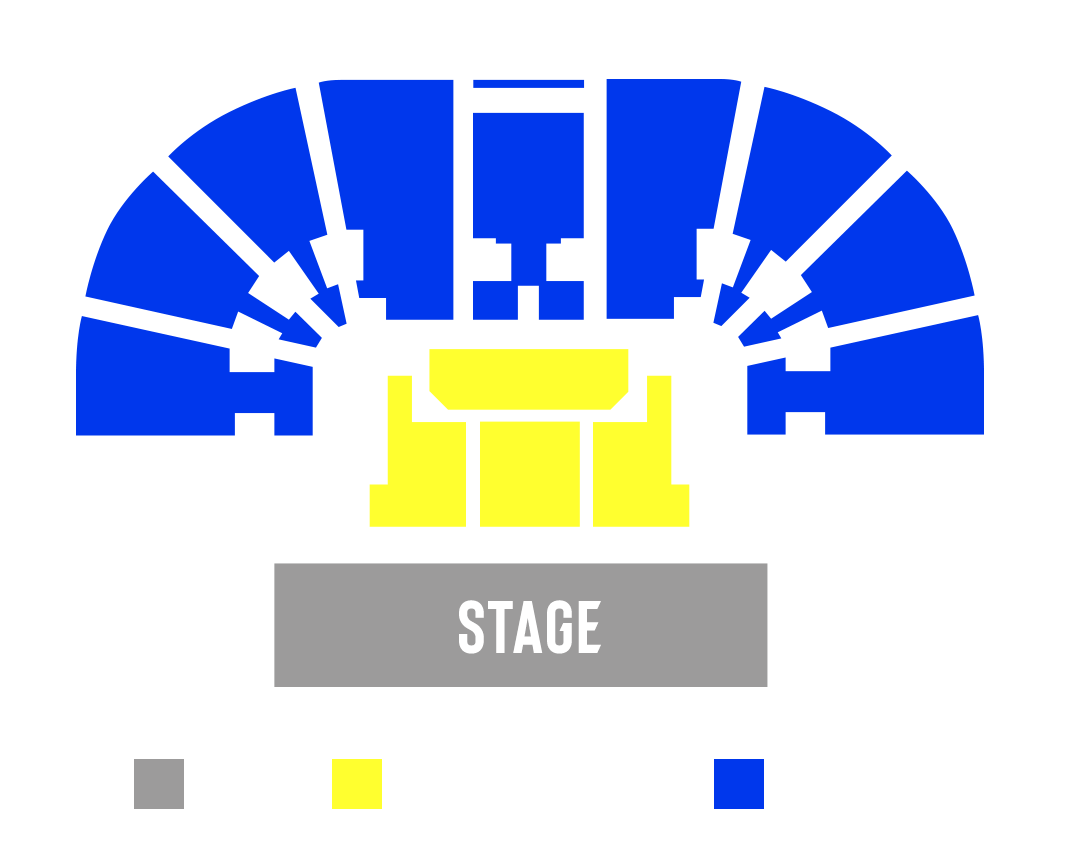 The Challengers and Legends Stage of the Major will be played in front of a live audience across 8 days at the Riocentro Arena, increasing the audience experience from 4 to 12 full days! ! Gaules & the Tribe will be an integrated part of the on-site experience.

Please note that tickets to the Challengers & Legends stage will not grant access for the in-arena Event in Jeunesse or the Fan Fest for the Champions stage.

* Parking can be found via Gate A, parking is paid for more information including price table press link below.

In order to accommodate more fans in the Jeunesse Arena during the Champions Stage, we are opting for a 360° center stage for Brazil’s first CS:GO Major this November.

Tickets for the Jeunesse In-Arena event will grant you access to the Fan Fest only for the date(s) on your Jeunesse ticket. However, there may be additional wait time on entrance dependant on capacity.

Tickets for Jeunesse in-arena event will not allow access to the Challengers & Legends stage in RioCentro Hall 6.

* Parking not available at the venue 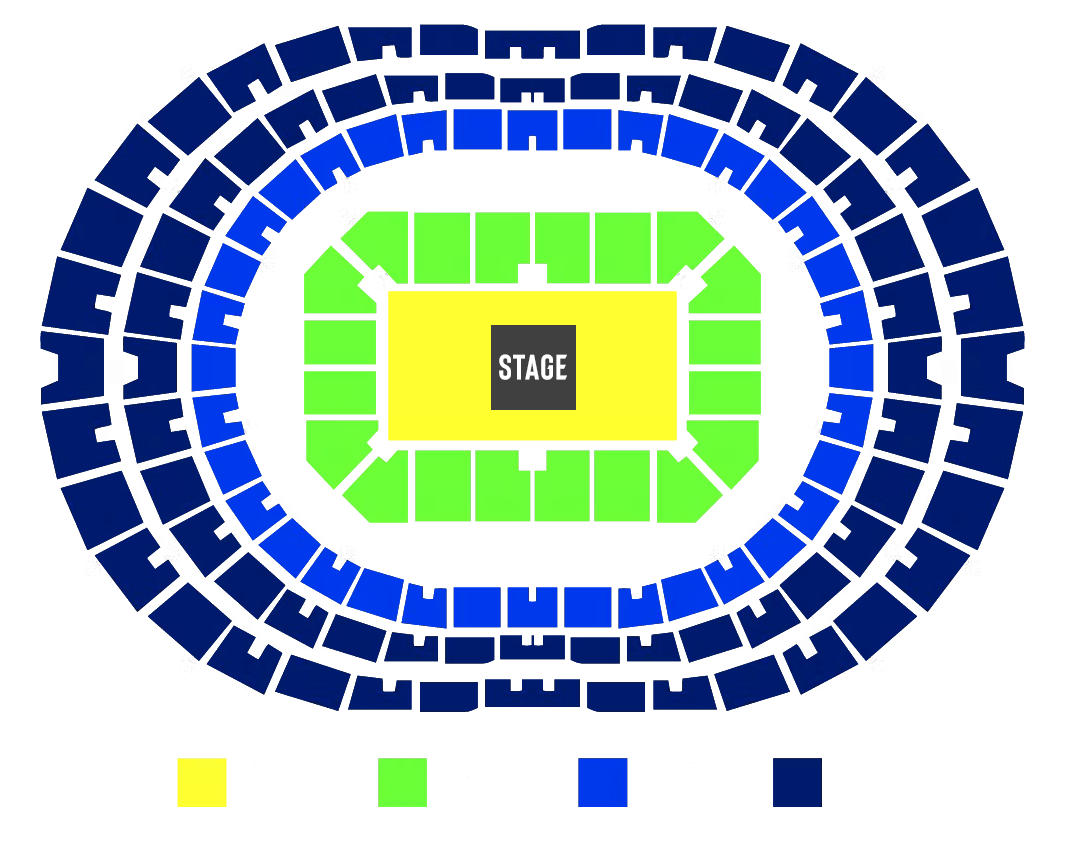 Intel is the catalyst for PC gaming innovation, rallying the industry to make the PC the best place to play and create. The company believe the best gaming experience is done on the PC and always looking for ways to push their technology to the limits when it comes to performance, enabling the development community, driving new form factors and leveraging emerging technology.

Additional information about Intel is available at intel.com/gaming

Lenovo (HKSE: 992) (ADR: LNVGY) is a US$60 billion revenue Fortune Global 500 company serving customers in 180 markets around the world. Focused on a bold vision to deliver smarter technology for all, we are developing world-changing technologies that power (through devices and infrastructure) and empower (through solutions, services, and software) millions of customers every day and together create a more inclusive, trustworthy, and sustainable digital society for everyone, everywhere. To find out more about Lenovo visit https://www.lenovo.com or https://www.lenovo.com/legion

DHL is the leading global brand in the logistics industry. Our DHL family of divisions offer an unrivalled portfolio of logistics services ranging from national and international parcel delivery, e-commerce shipping and fulfillment solutions, international express, road, air and ocean transport to industrial supply chain management. With about 380,000 employees in more than 220 countries and territories worldwide, DHL connects people and businesses and is enabling global trade flows. Visit DHL In Motion

The mission of the United States Air Force is to fly, fight and win – airpower anytime, anywhere. For 2022, the Air Force Recruiting Service is hiring over 26,000 new Airmen. An emphasis is on recruiting people with no prior military service into one of over 130 enlisted career opportunities. The Air Force recruits to retain, so we recruit the best and brightest candidates possible, then provide them with tough, highly technical training that gives them the right skills to sustain the combat capability of America’s Air Force. For more information about Air Force benefits and opportunities, go to www.airforce.com

Founded in 2007, 1xBet has quickly become one of the leading brands in the gaming industry. Hundreds of events every day plus exciting promotions and offers have already attracted millions of sports and esports fans. Here players place bets on CS:GO, Dota 2, football, basketball, as well as dozens of other sports and esports disciplines. The high level of 1xBet service for esports fans was recently recognised with a victory at the prestigious 2020 SBC Awards in the “Esports Operator of the Year” category. Show 1XBET